This is old news. That’s ok because my spin on it is not.

First off – the incredible article from the Marysville Appeal-Democrat.

The quotes are a consultant’s dream – if you’re Dan Sharp or Kim Vann:

“I’m first and foremost a Marine, and a Marine puts country first,” Schaupp said. “In this case, it’s time for Charlie Schaupp to step aside and do what’s best for the country.”

“She’s proven to me she’s trustworthy and knows what she’s doing,” said Schaupp

“It’s clear to me Vann is the one who should represent the party.”

Charlie Schaupp ended Rick Tubbs’ hopes of getting anywhere past 5% of the vote.

Tubbs had arrogantly thought that he could muscle everyone out of the race and position himself as the conservative alternative. Tubbs has two problems (other than a cronic lack of money) his wife and himself.

Having seen Tubbs in action, he is a used car salesman who has little if any substance to what he talks about. (EDIT – sentence deleted)

Do I think Rick Tubbs will suspend his campaign for the good of the GOP? I doubt it.

However, as reported back to me by people who were there… Rick Tubbs looked flabbergasted that Charlie endorsed Kim Vann. The most flabbergasted person will be John Garamendi in November when he realizes that he is out of office for the first time in 30+ years.

One of the most telling things I heard about was when Charlie confronted Garamendi. Garamendi could not regain his composure the rest of the morning – it is amazing what happens to career politicians when they are forced back in to the real world.

Kim Vann is going to kick John Garamendi’s butt – and with a Marine’s Size-12 helping him off the side.

P.S. I deleted a disparaging comment about Kristy Tubbs – she is not the candidate, Rick is and as such, I should have left her out of it.

The attendance at this dinner was phenomenal and I took note of a Monument that the Knights of Colombus placed on the Church Grounds. The Catholic Church where the event was held was built in 1880, and the multi-use room was built in the 1940’s in my best estimation as Marysville has been repeatedly screwed by building codes, Sacramento budget cuts (all the money goes to LA and welfare) and the economy that the enviros have decimated…

The Monument said “Dedicated to the Children, known only to God, who died from Abortion”.

This is stirring in light of the presence of Doug LaMalfa and Jim Nielsen at this event and their roles in the attempt to decimate the Republican Party Platform.

Doug LaMalfa hung around the fringes of the room and attempted to introduce Bob Williams from Tehama County to people. Williams is a supervisor that Nielsen / LaMalfa recruited to run (along with David Stafford Reade) against Dan Logue to try and bleed him of money in preparation for a battle for LaMalfa’s Senate Seat. Jim Nielsen also stayed on the fringes.

This is only possible if LaMalfa beats Sam Aanestad.

Don Logue was like a rock star as Yuba is his home county.

Jim Nielsen was bizarre at best – he rambled and then sounded like he was a revival preacher quoting scripture and the like. It was hard to sit through.

Of note – Sutter Supervisor James Gallagher was working the room. It is apparent that Team Reade/LaMalfa/Nielsen expect Dan Logue to stomp Bob Williams as they have been warming Gallagher up in the bullpen for a while. Expect that if AD-03 comes open – Gallagher is the heir apparent for that seat.

Of course, they tried that with Herger anointing LaMalfa, we’ll see if Aanestad has something successful to say about it.

The CA-03 Race was the real highlight of the night – the crowd was a decidedly Pro-Charlie Schaupp Crowd. He knew most everyone in the room. The sideshow was reserved for Rick Tubbs and his wife.

Kim Vann was present and did her best to meet a few people – but had to leave early with Dan Logue, Jim Nielsen and Doug LaMalfa for a Police Awards event somewhere in the area.

Kristy Tubbs was entertaining as she worked the room and Rick Tubbs looked like a used-car salesman.

Kim Vann had with her an accordian file of important papers etc. What a contrast in candidates – Vann is on a mission with her campaign in order and Tubbs is out selling cars.

Charlie Schaupp – he is so real, it is astounding. A Marine, in Yuba County…

In a blow to the Rick Tubbs effort to clear the field – Tim Core has confirmed to friends that he is “In the race to stay”. Core is an assistant manager at a Domino’s Pizza in Yuba City. I’d gather that Mr. Core won’t be on Kristy Tubb’s Christmas list again.

I have a soft-spot for Domino’s Pizza as I used to be able to toss a two-tray in less than 5 minutes and could even bust out a large Pepperoni in 41-45 seconds.

In a further blow to Rick Tubbs – fellow Solano County Resident Eugene Ray announced that he too is running. This puts 7 customers on the ballot for CA-03.

Eugene Ray was covered by the Fairfield Daily Repbulic – despite being denied an opportunity to speak at the Solano GOP Lincoln Day Dinner.

Eugene Ray is a Realitor and some sort of martial arts guru. I’d love to see him get the drop on a mannequin of John Garamendi.

For those of you scoring at home: 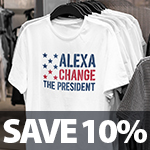