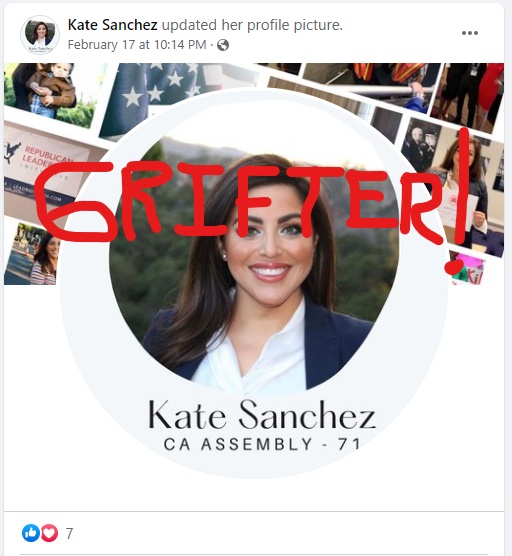 ­
ORANGE COUNTY, CA – – Kate Sanchez has once again been caught lying on official government documents as today the Secretary of State forced her to remove her ballot title of “Taxpayer Advocate” that will appear on ballots received by voters in the November election.

There is enough lying and deception in Kate Sanchez’s background that voters should really question everything that comes out of her mouth. Kate Sanchez is not a taxpayer advocate in any official capacity and she knew that when she filed to run for office. Her proof of ever advocating against taxes was volunteering for Reform California for the Prop 6 campaign to repeal the gas tax way back in 2018.

Further, on her ballot designation worksheet she stated Prop 6 was a mileage tax, proving she didn’t even know what it was. She over inflates her work history and she directly lied to voters. She is not qualified to be running for office.­

California Proposition 6 was a measure that was submitted to California voters as part of the November 2018 election. The ballot measure proposed a repeal of the Road Repair and Accountability Act (a fuel tax), which is also known as Senate Bill 1 (SB 1). The measure failed with about 57% of the voters against and 43% in favor.

Blogger’s Endnote: Remember my comments about the xenophobic provincialism of the Orange County Republican Party? There is no way in hell they vetted this disaster. The OCGOP and the OC Mafia are going to get humiliated repeatedly…

Blogger’s Note: I am re-posting Mr. Cargile’s email to the party faithful complete and unedited. Ask yourself if Mike hurt or helped his case for retaining a party endorsement with this email.

P.S. I would vote to Lynch Omar Navarro under any circumstances. It is the other three that concern me.

As so often happens in campaigns, the candidate’s description uses far too much editorial license. Some call that SPIN. This letter from Kate Sanchez campaign has several glaring holes in it and it runs contrary to what is in the official court documents. That’s right, despite being 509 Miles away from the Orange County Superior Court, your intrepid blogger has obtained the actual documents detailing the Marriage Fraud and other neat stuff! 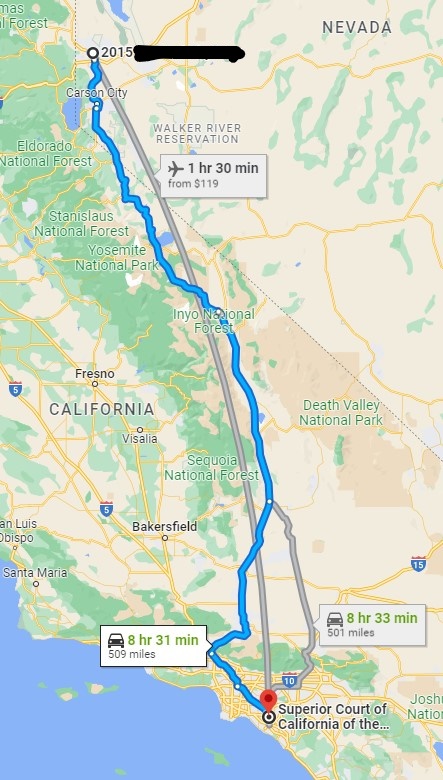 Distance from your Intrepid Blogger to the Orange County Courthouse

Now – the first obvious question is why didn’t the Orange County Republican Party go check public records before claiming to have vetted a candidate? The Superior Court is just minutes from these people, not a beautiful 500 Mile Drive down US-395. (Check my facebook for photos of the US-395 corridor, it is stunning – especially north of Bishop)

The court documents are key – they detail that Kate Sanchez filed to annul the marriage based on Unsound Mind FC 2202(c). The Annulment from the Judge is clear – (Click the hyperlink for the ruling) it was for being of unsound mind. You are probably asking yourself why the hell Kate Sanchez sent out the press release she did quoting the very documents she knew your intrepid blogger had! 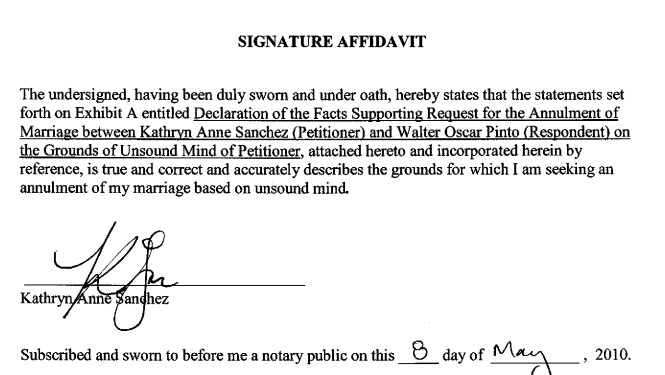 Your Intrepid blogger really does not need to add much more. Again – see for yourself what the Judge said. Unsound Mind ruling.

It looks like the Marriage Fraud thing is only part of the issue here… it’s called vetting a candidate folks. To Be Continued.

On the heels of HAMMERING the moron Jason Paletta (and if you have not figured out why I think he is a moron, you need to read some back issues of this blog) Paletta pulled down his facebook page within hours of Right on Daily blasting him for his stupidity.

People were starting to question Paletta’s sanity as he has called Joe Patterson (soon to be AD05 Assemblyman) and Jonathan Zachreson democrats. Paletta and his campaign manager who is currently using the name Cynthia Hilliard are obsessed with the Roseville City School District. It appears they are trying to help Rene Aggielairuh who recently popped up out of the political toilet for another run at some office somewhere. While Aggielairuh has harbored a convicted felon named Everett Tater Proctor at his home on Donner Drive (including 56 visits from the police to that address since 2014), Cynthia (I think that is her first name) may well be a felon. 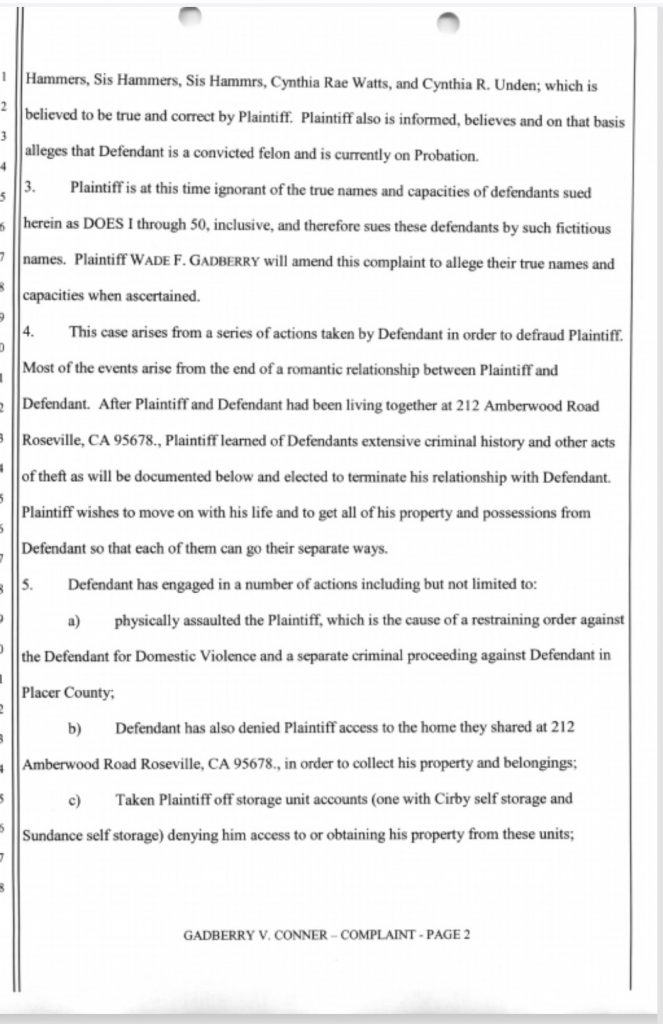 Have a good look at the embedded screenshots. We learn from the court records that Cynthia has 13 different names listed in the records. Cynthia was also lit up for physical assault and had a restraining order against her. The rest of the filing is a sad cacophony of dysfunction but includes several damming references to Paletta’s campaign manager including an assertion she is a convicted felon.

In short, Cynthia appears to be a female Rodney Stanhope.

UPDATE: There appear to be several people looking for dirt on Paletta and Hilliard. Some have found so much information that they are confused as to weather the above named person is the same Cynthia Hilliard/Connor etc. Other information indicates they are. What a mess.

This is why Jonathan Zachreson should take pride in being attacked by this disaster. If you can handle the three minute video, it seems to confirm the validity of many of the allegations in the filing.

These sorts of things are very common with bottom-feeder candidates. If anyone takes Jason Paletta seriously ever again they need to be remanded to therapy.

Speaking of Morons, Scott Alvord’s good buddy Rene Aggielairuh has done his usual show up at 9AM, pull papers and then file them by 4pm routine. This time the multiple-time loser is attempting to run for Roseville City School Board against Zachreson and others. In the 7 previous times I have tracked Rene’s runs for office, he has followed the same pattern. Expect race-baiting and welfare state politics from this accomplished loser who has lived off the system his whole life.

It looks like there will be a few other morons on the Placer County menu that we will get to soon, but Aggielairuh and Alvord is a full meal for all but your intrepid blogger. (They need to bring another 200 snowflakes to make it a fair fight) It looks like party time in Placer, baby. (P.S. if you are not familiar with Rene Aguilera – use the pull down on the side of this blog to catch yourself up.)

In the post about her allegiance to Dr. Mengele, we wrote the following:

Here is 2020, and that is clearly you and required your OWN action to like this drivel about Dr. Mengele. Whoopsie. Looks like Kate has some ‘splaining to do.

There is one thing about this latest discovery, it demonstrates that she should not be on linked in… or perhaps she should spend some of her boyfriend’s family money on an image manager. Kate Sanchez’ resume on Linked in is as bad as this latest find…

Ms. Sanchez has disabled her LinkedIn Profile. We here at Right On Daily are gratified that we are helping save unvetted trainwreck candidates from themselves everywhere… 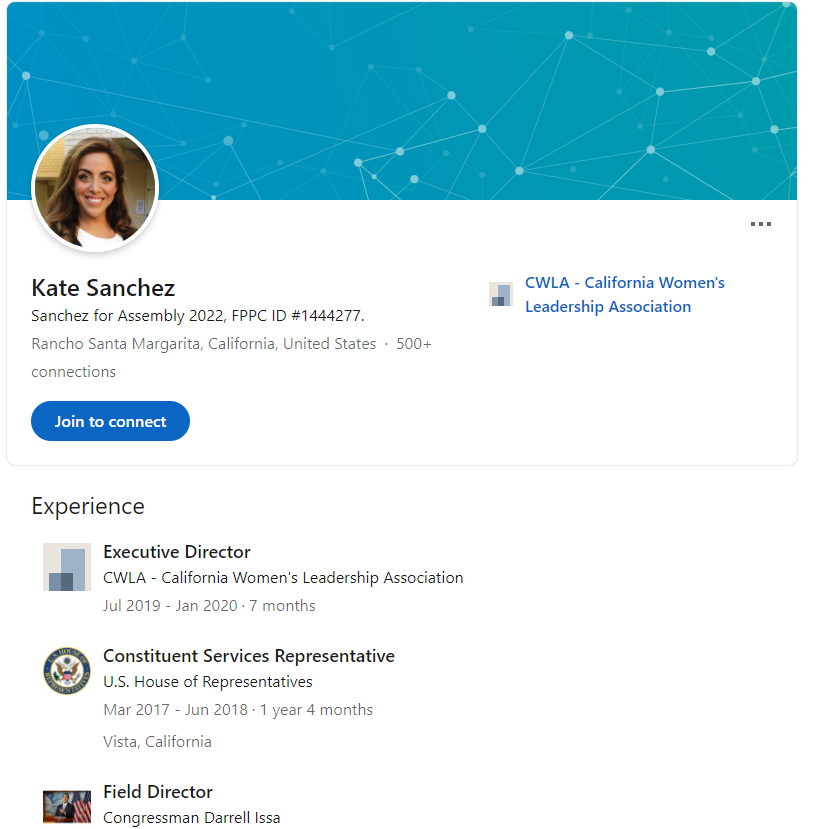 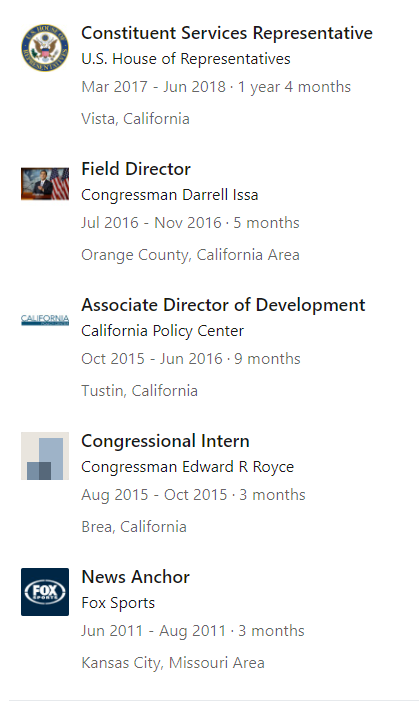 Except that your intrepid blogger got screenshots. DOH! (FYI – note the 10 year old photo on the profile)

My favorite find is her short-lived Job With Darrell Issa (who has endorsed Matt Rahn her opponent) and her paper-thin resume that features a series of jobs the longest of which lasted 16 months.

Sanchez, Aggielairuh, Alvord, Paletta and (fill in the name of idiot or idiots here). It’s party time for Right on Daily. 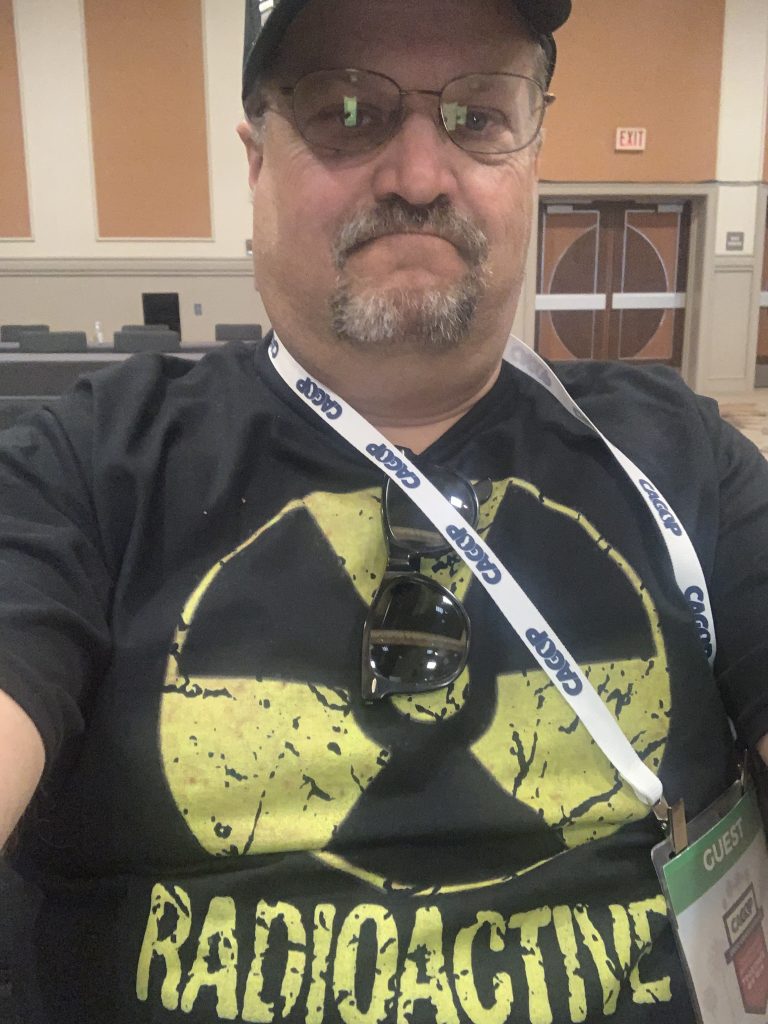 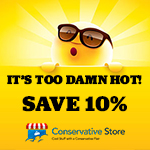