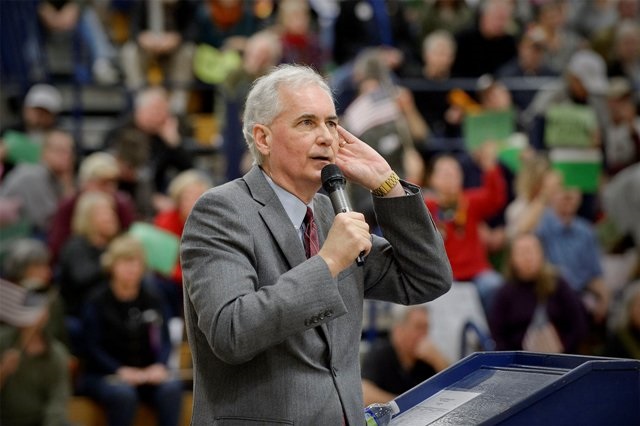 Some of you regular readers of this blog might be surprised to see this.

It is quite simple really. What issues matter in 2022. CRT. Covid. Socialism. Immigration.

The left HATE Tom McClintock. It is astounding.

“If we had prosecuted BLM and Antifa rioters across the country with the same determination these last six months, this incident may not have happened at all,” McClintock said during a speech on the floor of the House of Representatives.

Attorney General Merrick Garland was “either lying or is completely out of touch with reality” when he claimed during testimony he did not know about the case of a Virginia teen who was raped in a school bathroom, Rep. Tom McClintock, R-Calif., told Newsmax.

“That case has been a major news story across the country for many weeks, and it is fundamental to his order calling for the FBI to start watching parents at school board meetings,” McClintock told Tuesday’s “National Report.”

Tom McClintock took to the Washington Examiner to tear in to the Branch Covidians in government and it set off howls from the swamp.

What happened when elected officials allowed the “experts” to run amok? First, they substantially overstated the severity of COVID-19. Eighty percent of people who get the virus have either no symptoms or experience it as a mild respiratory infection.In New York, 73.6% of those who died were over age 65, and just 0.06% were under the age of 18.

How did the “experts” follow this science? They closed schools and simultaneously packed nursing homes with infected patients.

Once epidemiologists began surveying general populations, they discovered the disease isn’t nearly as severe as the claims that had been used to justify these excesses. The CDC’s latest best estimate is that 0.4% of symptomatic cases are fatal. Seasonal flu kills 0.1%.

Simply stated, your chance of recovering from the flu is 99.9%, and for COVID-19 the recovery rate is 99.6%. For this, the “experts” threw more than 40 million Americans into unemployment, hitting the poorest families hardest.

You could imagine why the idiots that run the Sacramento Bee hate him. This stuff makes too much sense.

AS the vice-chairman of some subcommittee on Immigration, McClintock introduced a bill called the Illegal Immigrant Payoff Prevention Act.

Tom McClintock certainly knows Government and policy. Given the brain drain that is the California Congressional Delegation – he stands out as a Man amongst Boys.

I could go on, but as a Conservative, there is plenty to latch on to.

With that, Right On Daily endorses Congressman Tom McClintock for Re-election.