I can understand Richard Pan being against Smoking as a doctor.

By virtue of his pattern – Pan is a supporter and promoter of big government and using government to regulate behavior. More on that soon.

When Pan is not writing bills to benefit the medical industry (aka protecting their taxpayer gravy train) – he is co-authoring legislation to fine smokers.

AB795 was such a bill. It was carried by Marty Block (probably so he could use it in his now State Senate Campaign) and was a punitive fine on smokers who violated college campus smoking rules.

This effectively amounts to a tax and colleges can now set up “smoking traps” and hand out $100 tickets to people.

Since Richard Pan is not heard from much in Public – you have to judge what is in his mind by the actions he takes.

He has had some really interesting votes that show how far to the left he really is!

Richard Pan voted yes on SB 1366 which would have turned crime victims into criminals if they failed to report lost or stolen guns within 48 hours.  Talk about blaming the victim! This bill was so bad that it got Vetoed!

Pan also supported SB 1455 which would have prevented the expiration of numerous taxes, fees, and surcharges until 2023.  The revenues would be squandered on hare-brained, counter-productive, special interest schemes, such as hydrogen fueling stations for hydrogren vehicles that do not exist. SB1455 was ultimately defeated in the Senate as even the Democrats in the State Senate realized that this bill would be a train wreck!

Maybe Richard Pan was thinking about how to fund some of the bills he was writing to benefit himself?

Where are all those jobs you promised Richard?

You would think that a doctor would support ending lawsuit abuse?

Richard Pan ran and hid rather than return a questionnaire from Citizens Against Lawsuit Abuse in 2010.

That, however did not stop Richard Pan from running to a new district and having the taxpayers foot the bill for it!

It is a matter of priorities. Richard Pan appears to enjoy infesting office and he also knows that the trial lawyers own space in his assembly office.

That’s bad medicine for California – but, this is Richard Pan.

I wonder if Pan supports the “Death Panels” that Obamacare includes. I thought doctors were supposed to have some sort of code for their patients.

Richard Pan answered a questionnaire from the Lucile Packard Foundation for Children’s Health. It provides a window in to the Doctor’s mind:

… fighting for the establishment of the State Children’s Health Insurance Program and later its re-authorization, and opposing efforts to cut or cap the Healthy Families program in California…

Got all that – fights against budget cuts or limits to social welfare programs, and proudly proclaims his support for socialized medicine even though that has been rejected several times by voters in California…

Q2: In the past decade, Californian voters have consistently ranked children and child-related issues as a top priority, yet state programs that support children frequently lack adequate resources to fulfill their missions. If elected, what steps would you take to make the health and well being of children a higher priority in California?
PAN: The health and well-being of children will be one of my highest priorities as a legislator. As a pediatrician and child advocate, I see first hand how children and their families often bear the brunt of state budget cuts. I also bring a knowledge and expertise on children’s health that does not currently exist in the legislature. I have worked with many child advocates, both locally and in the state, to support families in helping their children reach their potential. As a legislator, I am eager to seek solutions to adequately supporting state programs for children and to build partnerships to improve the effectiveness and reach of services for children.

Allow me to translate – as  a Doctor, I support the government raising our children and I will write legislation that gets public funds in to the pockets of my fellow doctors. I will fight against budget cuts or limits on spending no matter how far underwater the state is. Finally, my vision for healthcare in the state of California is for it to be government-run and the parents removed as far away from the healthcare decisions of their children as possible.

I caught wind of a brewing scandal in the Oceanside City Council Race – the Democrat Party Down there is tying to take over the City Council with a slate of leftist candidates including a LaRaza Lawyer. (LaRaza is a racist group that supports open borders and they brow beat weak-kneed Republicans in to backing away from strong stances on immigration reform)

The Unions apparently have their fingers in this cookie jar – this has all the makings of a good old fashioned We-Got-Caught-Trying-to-Cheat story… the original story was broken by Derrick Roach on San Diego Rostra.

Team Oceanside is a political action committee that was formed last September to support the re-election of Oceanside Mayor Jim Wood along with Councilmember Esther Sanchez.  Also supported by Team Oceanside is political newcomer Dana Corso, whose voting record was recently called into question, as reported by the North County Times.

Wood, Sanchez and Corso are running for election as a slate, commonly referred to as “Team Oceanside.”  California election law allows general purpose committees, such as Team Oceanside, to support candidates for public office. Yet those same laws prohibit these types of committees from coordinating that support directly with the candidates.

Also, California’s money laundering statute (Penal Code §186.10(a)) prohibits the use of monetary instruments with the intent to promote, manage, establish, carry on, or facilitate the promotion, management, establishment, or carrying on of any criminal activity.

Campaign financial disclosures filed with the Oceanside City Clerk identify Team Oceanside’s treasurer as Christopher Wilson, who is supporting Wood, Sanchez and Corso for election.  Serious questions are being raised about Team Oceanside’s campaign activities and those of its founder, with both appearing to have run afoul of California laws.  Asrecently reported by the U-T San Diego, Wilson previously worked on the campaign of Councilmember Sanchez.  Evidence indicates he is now directly coordinating campaign activities between Team Oceanside and the three candidates.

Team Oceanside is also engaged in what clearly appears to be money laundering activities by accepting illegal contributions from Sanchez and Wood and then using the funds to benefit their respective campaigns, in so doing concealing the true identity of individual donors.

The same financial disclosure reports show Team Oceanside paying $3,000 to IMS for campaign signs and over $2,500 to Uribe Printing for campaign door-hangers, all supporting the election of Wood, Sanchez and Corso.  At least some of these materials appear to have been used directly by the candidates in support of their own efforts.

These independent expenditures made by the Team Oceanside committee are by law required to be just that — independent and not coordinated with the campaigns they are supporting.

Photographs of Oceanside City Councilmember Sanchez and Team Oceanside Treasurer Wilson have surfaced showing them actively coordinating activities between Team Oceanside and each of the candidates.  On October 18, 2012, the three candidates — Sanchez, Wood, Corso — and Wilson were present at Main Street Oceanside’s Sunset Market.  Wilson (pictured above) is observed in photographs working at a campaign booth for Mayor Wood while Sanchez and Corso were observed distributing campaign materials that were produced and paid for by Team Oceanside.

Incriminating evidence shows that Team Oceanside has been operating out of the campaign headquarters of Mayor Wood and Councilmember Sanchez, which is a significant violation of campaign finance and election law.  On October 12, 2012, a social media post on the Facebook page of Team Oceanside announced, “We got more Team O signs today! They’re in both the Mayor’s office and Esther’s office.”

Photographs were also obtained from the Facebook page of Councilmember Sanchez showing her at campaign events sponsored by Team Oceanside, which is also a violation of California’s election laws.

California campaign finance laws prohibit the coordination of activities between political action committees and candidate controlled committees, like those of Wood, Sanchez and Corso, due to contribution limits being circumvented by such activities.  The coordination of campaign activities also conceals the true identity of individuals who have contributed money, thus preventing the required transparency in campaign finance reportings available to the public.

A count of Team Oceanside’s contributions and expenditures in its filed reports shows what clearly appears to be 100 percent of the funds in support of the three candidates noted.

Councilmember Sanchez is an attorney by profession and a past-president of the San Diego La Raza Lawyers’ Association.  Mayor Wood is an experienced politician with a background in law enforcement.  Both Sanchez and Wood have backgrounds and experience in dealing with legal issues; however, what clearly appears to be violations of campaign finance and money laundering laws may have some people questioning their integrity and ability to run honorable campaigns.  As for Ms. Corso, her inexperience with political matters earns her the benefit of the doubt as to intentionally trying to circumvent campaign finance laws.

It remains to be seen if this scandal gets legs. 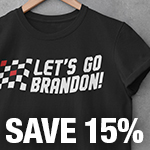